Greek with Feta and Oregano 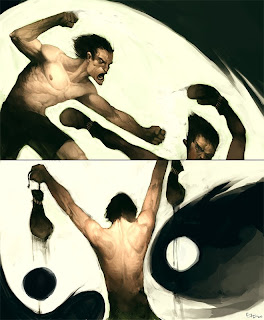 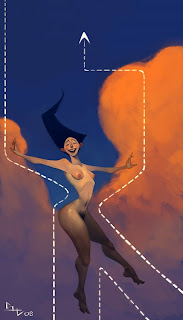 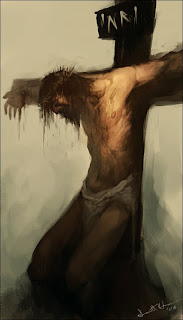 "From the sixth hour until the ninth hour darkness came over all the land. About the ninth hour Jesus cried out in a loud voice, "Eloi, Eloi, lama sabachthani?"—which means, "My God, my God, why have you forsaken me?"

When some of those standing there heard this, they said, "He's calling Elijah."

Immediately one of them ran and got a sponge. He filled it with wine vinegar, put it on a stick, and offered it to Jesus to drink. The rest said, "Now leave him alone. Let's see if Elijah comes to save him."

And when Jesus had cried out again in a loud voice, he gave up his spirit.
At that moment the curtain of the temple was torn in two from top to bottom. The earth shook and the rocks split. The tombs broke open and the bodies of many holy people who had died were raised to life. They came out of the tombs, and after Jesus' resurrection they went into the holy city and appeared to many people.
When the centurion and those with him who were guarding Jesus saw the earthquake and all. that had happened, they were terrified, and exclaimed, "Surely he was the Son of God!"
-Matthew 27: 45-54 (NIV)

"After the Sabbath, at dawn on the first day of the week, Mary Magdalene and the other Mary went to look at the tomb.

There was a violent earthquake, for an angel of the Lord came down from heaven and, going to the tomb, rolled back the stone and sat on it. His appearance was like lightning, and his clothes were white as snow. The guards were so afraid of him that they shook and became like dead men.

The angel said to the women, "Do not be afraid, for I know that you are looking for Jesus, who was crucified. He is not here; he has risen, just as he said. Come and see the place where he lay. Then go quickly and tell his disciples: 'He has risen from the dead and is going ahead of you into Galilee. There you will see him.' Now I have told you."

So the women hurried away from the tomb, afraid yet filled with joy, and ran to tell his disciples. Suddenly Jesus met them. "Greetings," he said. They came to him, clasped his feet and worshiped him..."
-Matthew 28: 1-9 (NIV)

Happy Easter!
He is risen indeed!
Posted by Garrett Hanna at 11:00 PM 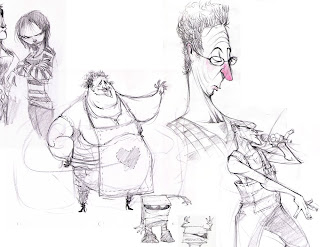 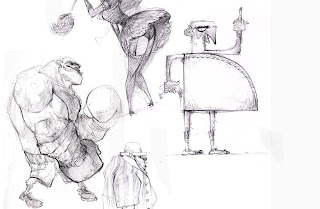 Hey guys. I've decided to put the 100 characters thing on hold until this school year is over mainly because it's taking up a lot of my time and is getting in the way of school work like my group project. I honestly did pick a bad time to start a thing like this. I've been having a blast doing them though and I wish I did have the time and energy to concentrate on them more in my free time. I definitely do want to start up again come May. 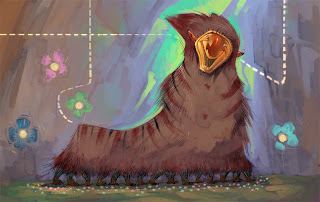 An ancient god of the earth. Ukah granted all who brought him soil and fertilizer good luck. Whenever one of his feet hit the ground, a flower would sprout. When Ukah was pleased with what a he had received he stomped his feet with joy and let out a cry that was said to have been one of the most beautiful sounds you could possibly hear. Sometimes Ukah appeared at funerals and took the deceased body straight to the earth and then blessed the family with a flower that would never die. Most Ukah flowers are long since gone. They were either destroyed or hidden so they are very rare. Ukah flowers are said to possess incredible power. 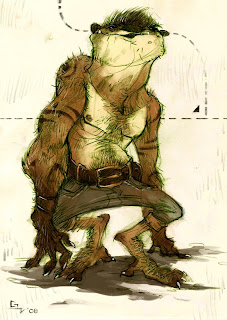 Regardless of Zelbiss' race's ear size, they have better hearing than over 95% of the creatures in the galaxy. Zelbiss is a bum and robs from technology stores and eats out of trash cans most of the time but lately he's been doing pretty good. He's been getting hired by a pack of rebels against the empire to eaves drop on the enemy. His ragged appearance and low social status allow him to easily get close to people. He receives a wealthy sum in return for his efforts.
Posted by Garrett Hanna at 10:01 PM 11 comments:

Garrett Hanna
I want to do art forever. I'm available for freelance.

Where the cool kids hang out...